eSports is on the rise. Across player earnings, sponsorship deals and audience figures, the industry is rivalling traditional sports and has emerged as a profession of its own. In 2018, Tyler Blevins, a notable gamer with a huge following on Twitch, reported earnings in excess of $10 million. The same year, eSports pro Jesse Vainikka’s annual tournament winnings meant his average weekly pay came to over $70,000 making him a millionaire too. Since 2016, the industry has witnessed dramatic growth. Every year has seen millions added to its audience figures. According to Newzoo statistics, there was a 19.3% increase in those viewing eSports between 2016 and 2017. This grew by 13.8% in 2018 meaning the industry had a global audience base of 380 million people. Predicting further growth in both dedicated followers and casual fans, Newzoo suggests audience numbers will reach 557 million next year. This would put it among the world’s top 10, ahead of baseball and golf.

While some will think of becoming the next eSports celebrity, earning millions of dollars per year, the industry has a lot more to offer. The infrastructure to make eSports happen is huge. Technology is at the heart of that and the focus is on ensuring events stream effectively to a worldwide online audience.

That means managing customized ecosystems for each tier of service, optimizing access for the players themselves. It means managing virtual LAN extensions, various subsystems and microservices, and ensuring thousands of game servers are operational and accessible.

As well as engineers, eSports is also reliant on software developers, data analysts, programmers, product managers, and applications technicians. As well as more general roles concerning administration, marketing, customer engagement and social media, careers can also focus on quality assurance where an individual works with the programmers to eliminate bugs or animation engineering which focuses on building new game prototypes.

The repute of eSports has been underlined in recent years by an emerging acceptance of the industry alongside traditional professional sports. For example, in England, where soccer is currently suspended, bet365 is applying some of its popular betting features to eSports games played on FIFA 2020 and live streamed on the site.

Illustrating the reputation of eSports today is the fact specific bets that are a mainstay of Premier League and Championship betting such as the fulltime result, first goal, total goals, both teams to score and more, are now attributed to those matches played on the virtual stage.

“YOU DID A VERSTAPPEN!” Charles Leclerc wasn’t happy with Alex Albon’s overtake 😂

Similar evidence of eSports’ emergence as spectator entertainment is the growing number of tournaments streamed live on major sports channels like ESPN. Recently, the broadcaster presented a 12-hour marathon titled “ESPN Esports Day” featuring both live and archived events across a number of games such as Madden NFL20. It also hosted a virtual grand prix with celebrities joining real life drivers such as Charles Leclerc and Alex Albon for a race on the Xbox/PS4 release F1 2019.

eSports’ growth means career opportunities are going to increase. From hardware and software development to operations and infrastructure, there are a number of compelling roles for those eager to follow a tech career. 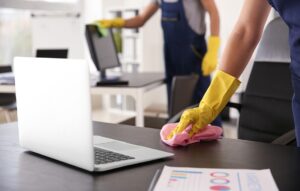