If you’re going to stay up to date on finance and tech, learning about crypto is worth your time and money.

Cryptocurrencies collectively hold a value of $919 billion, with Bitcoin accounting for $389 billion of it. It’s reasonable to deduce that it won’t be long before crypto surpasses the $1 trillion mark in value.

Is Bitcoin going up?

Since its creation in 2009, Bitcoin has remained the standard bearer for crypto. Learning about the current state of crypto and a Bitcoin price forecast will allow you to invest accordingly.

Check out this guide so that you can get up to speed. What Is the Current State of Bitcoin?

Before peering into the future, make sure you’re up-to-date on the current state of Bitcoin. If you’ve heard headlines or the buzz, you probably know that Bitcoin has the highest value among crypto tokens, and is a long way from its humble beginnings.

You probably wish that you had gotten in on Bitcoin investing in 2010 when the value was a mere 9 cents. Since then, the coin has skyrocketed to unbelievable levels.

It leaped to nearly $27 a year-and-a-half later, and spiked to more than $1,200 by 2014, before plummeting to less than $100 not long after. The token has been on the increase ever since, with some ups and downs along the way. Since then, it has gained mainstream acceptance and notoriety, along with more widespread use.

Last year, Bitcoin reached its peak value of nearly $70,000 before going on another decline. Bitcoin hovered in the $22,000 range for much of 2022. It gets coverage right alongside the stock market, commodities, real estate, and other investments.

What Is the Bitcoin Price Forecast?

When considering the forecast, you need to examine the Bitcoin price in 2023. Experts expect Bitcoin to reach $95,000 by the end of 2023.

This would mark another peak for the coin. By exploring Bitcoin history and studying other peak periods, you might be in a better position to invest strategically. Start gaining a holistic understanding of how Bitcoin works, what factors affect its value, and what you can expect moving forward.

Here are some factors to consider:

Keep an Eye on Inflation and the Markets

Inflation has dominated the conversation in financial and investment news for the better part of a year. It’s important to keep an eye on since markets and economies are like an ecosystem. Every part affects the other, and it has its own set of corrections and checks and balances.

During periods of inflation, too much money is printed to the point that the dollar loses its value. To correct this, banks begin charging higher interest rates and companies raise prices. This allows them to still get the supplies and services they need, which are also now more expensive.

Double that with supply chain hangups rampant in just about every business, and it’s clear to see why many experts are also talking the dreaded R word – “Recession”.

The last time we had a recession was in 2007, and it was followed by the 2008 financial crisis. This predated crypto, so we don’t have any reference points on how that could have played a role. Experts have their eye on Bitcoin and expect more people to invest in crypto as the dollar continues losing its value.

It remains to be seen how much of a hedge Bitcoin will serve, but the economic downturn will be a huge reason that more people purchase it.

When Bitcoin was first released, one of the biggest drawing points was the fact that it was unregulated and not tied to politics and government issues. The more widespread and acceptable crypto becomes, the more regulations will be par for the course.

Many banks and other financial institutions are accepting and trading crypto, and you can purchase tokens today on the same platform that you buy shares of your stocks and bonds. Entities across the board will both continuously call for and will need to adapt to regulations.

Most recently, Coinbase, one of the largest exchanges for crypto, called on the Securities and Exchange Commission to tighten up the regulations on crypto, which the company thinks is currently lacking. Any regulation will prove challenging since these are digital assets.

Either way, expect to see more regulations take hold in the near future as Bitcoin continues to grow in value.

Bitcoin Will Expand Into Exchange-Traded Funds (ETF) and Other Investments

About 16% of people in the United States today have invested in Bitcoin or other forms of crypto. It’s highly likely that you or someone you know has invested or crypto, or talks about it.

This will only become more commonplace in the coming years. New investments like Bitcoin Exchange-Traded Funds (ETFs) will also become more common, giving investors a crack at instant diversification. These ETFs are becoming increasingly popular for several reasons, including:

The main thing to know about Bitcoin is that while it has had steep crashes and plummets in value, it continues to consistently trend upward. When it takes losses, the coin doesn’t tend to repeat historic lows. These points, along with the fact that ETFs are on the rise shows that fund managers and investors are all invested in the future of crypto.

Expect to see even more investment opportunities as the years roll along.

One of the main things to watch is how the rest of the world takes to Bitcoin. Commerce is all about cooperation, so the more countries allow or adopt the use of Bitcoin, the more value the coin will have.

What’s more, we’ve already seen two countries, El Salvador and Central African Republic, have both made Bitcoin their official legal currency. Expect more countries to follow suit, particularly those dealing with heavy inflation, or those that don’t currently have their own stable form of currency.

Aside from officially adopting the token, more countries are lightening their stances and allowing the use of Bitcoin. Some countries that have recently embraced crypto include:

The more that countries begin allowing and promoting the use of Bitcoin, the more value the coin will have all around the planet.

Bitcoin ATMs Will Keep Popping Up

To show how convenient and commonplace it’s becoming to buy and trade Bitcoin, look no further than ATMs. Bitcoin ATMs are popping in more places all over the world, to the point that there are entire registries that let you search for them.

With a Bitcoin ATM, you can quickly log in with a pin and then purchase or sell Bitcoin at the current exchange rate. You can also liquidate your Bitcoin tokens and get cash for them whenever you’re out. This matter of convenience and ease shows just how prevalent Bitcoin will become in the next several years.

While predictions of Bitcoin reaching $95,000 mark a historic peak, other experts are even more bullish on the coin. Some experts are predicting Bitcoin to reach a staggering $250,000 by the end of 2023. Others have predictions in the $130,000 range.

Either way, many in the know are reading the signs and predicting the coin to take off by leaps and bounds. It’s a good time to begin doing your research and setting money aside so that you’re prepared to make an investment when the time is right.

Put together a list of go-to publications, YouTube channels, podcasts, blogs, and other forms of media related to crypto and other forms of investing. Dedicate a little bit of time to research and getting up-to-date each day and week.

Take the time to check it out when you need to know more about Bitcoin and other forms of crypto.

The Future of Bitcoin Explained

The tips above explain the Bitcoin price forecast and what you should know about it moving forward. Having a Bitcoin price prediction that you understand allows you to take control of your financial destiny by making investments that make sense.

We’re in a new frontier both with technology and finance, and Bitcoin shines light into exciting areas of untapped territory. We’re happy to serve as your resource when you’re ready to deep dive.

Check out our other articles related to crypto, technology, investments, and more. 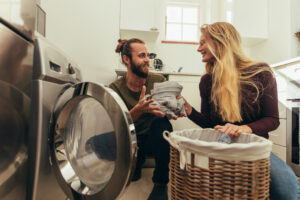