When Russia invaded Ukraine in February of 2022, it sent ripples across the globe. From the humanitarian crisis inflicted upon the Ukrainian people to the global economic consequences, nearly everyone on the globe has been directly or indirectly affected by this conflict. The war has caused some major shifts in the political world which have left some long lasting economic impacts on the globe.

In this article, we’re going to go over four ways that the global economy has been affected by the Russian invasion of Ukraine. Keep in mind that many of the things we will be discussing might be regional based, or have other factors that resulted in them other than the Ukraine conflict. Since February of 2022, global mergers and acquisitions have fallen by 29% according to this article. The value of M&A deals dropped to a total of 1.01 trillion dollars from 1.43 in 2021. The reason for the large decrease in mergers and acquisitions is because many companies no longer know what the business models of their potential purchases may be in the future because of the war.

For this reason, the bulk of canceled deals have been with a Russian or European company, given where the war is taking place. Many European companies had to call off deals of their own, such as Spectris PLC, a measurement device company located in the United Kingdom.

One of the longer lasting consequences of this conflict are the changes in supply chains for food and energy, given how much of the industry Russia had been involved in. Ukraine and Russia combined produce 25% of the world’s wheat, and 14% of the world’s corn. The absence of this export is proving to be detrimental for many countries across the country. For example, The Republic of Congo imports 67% of their wheat from Ukraine and Russia.

As for energy, the European Union has made significant efforts to lessen its dependence on Russia for natural gas, however that will take years to be implemented. In 2021, 40% of the EU’s gas consumption came from Russia.

With new sanctions and other economic restrictions in-place due to the war, many global supply chains have been disrupted and it has resulted in higher prices on everyday items. According to thehindu.com, many key manufacturing factories are in Ukraine and Russia, and this has halted production of some widely used goods. For example, European carmakers rely on some crucial wiring systems that are manufactured in Ukraine.

A huge section of the world has completely shut off its borders to travel from Russia, and in response Russia closed down its borders to the majority of the western world. This has put additional strains on the airline industry, as they had to revert back to Soviet-era flight routes to avoid flying over Russia.

For example, European flights to Asia now have to add hours onto their flight times. The Frankfurt to Beijing direct flight used to be able to fly straight through the heart of Russia to Beijing in about 8 ½ hours, which now takes about 10 ½ hours.

However, the restrictions also hurt Russia, which had to add hours to flights of their own. Most notably, their exclave in Europe – Kaliningrad. Due to the European Union cutting off their airspace to Russia, the only flight path to Kaliningrad is over a narrow channel in the Baltic Sea.

We hope you found this article helpful and that you now have a better understanding of how the Russian-Ukraine conflict has affected the global economy. These issues are sure to be around for some time, and some may have impacts lasting for decades. It is important to read up on each of these issues with more scrutiny and due diligence, as it is sure to have an impact on your daily life if it has not already!

To read more on topics like this, check out the Finance category 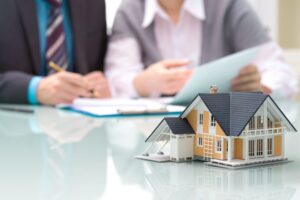