Sports betting is one of the many aspects of human life that has undergone a massive digital revolution with the impact being witnessed and felt everywhere.

The practice of predicting possible outcomes of a sports event and placing a wager on it has passed through numerous technological advances throughout the years. Thanks to innovation, the industry is ever-evolving and growing, with new ideas and tricks being added to the rules of the game and improvements in user experience.

This has seen online betting growing in popularity as staking is made easy and quick and payouts more instant. As far as the trends in technology and innovation go, the internet was the groundbreaking technology that revolutionized the sports betting industry.

It gave gamblers the flexibility to play anywhere anytime without needing to visit a betting location. But before we dive deeper, in this article, let us go back to history when online betting became a thing and which technology revolutionized the industry.

The sports betting industry has been around for quite some time. Hundreds of years actually. However, it was not until the 1960s, when the gambling legislation was passed, that it started to transition into what we know of it today.

The legislation saw the rise in bookmarkers and the idea of betting in a betting shop. The computer revolution took off in earnest in the 1970s. Games like “Pong” and “Space Invaders” were introduced as mainstream computer beings alongside slot games, giving rise to the main groundbreaking technology: arcade technology.

With arcade technology came several microchip-based games that included horse or motor racing. The games involved players backing 10 runners or vehicles against at least six competitors by placing a wager in the spot or car they wanted to bet on.

The machine was an analog version of what would become a virtual slot machine applying the same principles of the game, such as wager amount, placing odds, choosing the winner, and payouts.

However, arcade technology grew less and less popular with the arrival of video games around the 1980s which paved the way for virtual sports betting.

Around the 1980s, the boom in computer games played a significant role in shaping how people played sports betting. Personal computers became widely used and affordable through such machines as ZX Spectrum, Commodore 64, and BBC Micro.

Toward the end of 1980s, computers and computer games were booming businesses and with them. Came more innovations and advancements in virtual gaming. By the 1990s, online sports betting gained traction alongside video games as new features and software were being launched every day.

By 2003 online sports betting was a booming industry, with many betting sites like UK non-Gamstop sites springing up and providing more extensive and better virtual gaming offerings. 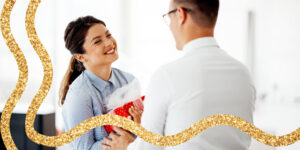