Armed conflict in the Middle East and North Africa has disrupted daily life for decades, but in the midst of March 2020, a global emergency brought fighting to a temporary halt in Afghanistan, Libya, Syria, Yemen. Civil unrest in Algeria, Egypt, Iraq, Lebanon, and even Iran also subsided as public health officials implemented national quarantines, curfews, and travel restrictions as part of their efforts to contain the spread of the deadly novel coronavirus. The last two incidents involving military action before the Middle East went into lockdown took place in Iraq. Radical militias supported by the Iranian Revolutionary Guards Corps launched Katyusha rockets at military bases in Iraq; these attacks resulted in the deaths of two American soldiers and a British medic. Dozens of Iraqi coalition troops were injured in the attack, and the United States retaliated with airstrikes targeting facilities used by the militants.

Under “normal” circumstances, the aforementioned attacks should have triggered street protests in Iraq and Iran. Many Iraqis feel that the presence of American forces in their country has become a dangerous liability; at the same time, they are tired of Iranian intervention. In the Islamic Republic, many people are dismayed at their government’s support of foreign radical groups at a time when the country is going through economic chaos. These protests did not materialize because of the COVID-19 situation, and some geopolitical analysts believe that some leaders in the Middle East dodged a bullet because the region seems to be on the verge of another Arab Spring.

For millions of people in the Middle East, the coronavirus pandemic could not have come at a worse time. This is a crisis that requires management by assertive leaders who can count on robust public health systems, and this is unfortunately not the case for countries such as Iran, where the government has been accused of withholding information and reacting poorly. The Islamic Republic has barely recovered from a rash of deadly protests that resulted in multiple deaths and hundreds of serious injuries, and millions of Iranians must now contend with a government that seems to be ill-prepared to handle a public health crisis.

It is important to remember that the Iranian people have endured nearly two years of stringent economic sanctions imposed by the administration of U.S. President Donald Trump. There has never been a more opportune time to set aside differences and ease sanctions on Iran. Amir Handjani, a senior fellow at the Atlantic Council, wrote about the immediate need for the Trump administration to realize that American commitment to humanitarian trade with Iran has been ignored for too long.

On paper, each sanction imposed by the U.S. has a set of exceptions with regard to food and medicine; the idea is to avoid civilian populations from being cut off, thus averting socioeconomic catastrophes. In reality, humanitarian trade becomes almost impossible to achieve because each sanction comes with byzantine layers of bureaucratic complexity. The process of importing food, medicine, and even hygiene items into Iran is often Kafkaesque; this is not supposed to happen under policy managed by the U.S. Office of Foreign Assets Control, the agency in charge of overseeing sanctions, and it has been admonished by the United Nations.

Economic sanctions are far more complex than how they are reported by news media outlets; they extend to other countries and are made more draconian by secondary mechanisms. It is clear that American companies cannot export goods to the Islamic Republic, but secondary sanctions tend to ensnare foreign entities and individuals as well. In some cases, Middle Eastern exporters and distributors prefer to not do business with Iran because they may have a commercial relationship with the U.S. that they do not wish to risk. The mechanisms to activate humanitarian trade exceptions end up creating vicious circles, and this is deeply discouraging. Even oil-for-food programs, which are often monitored by the United Nations, are very difficult to operate because of the overzealous sanctions.

On March 22, the Supreme Leader of the Islamic Republic acknowledged that the U.S. had offered assistance to deal with the COVID-19 pandemic. Iran is a country that could certainly use this assistance because of its advanced rate of infections and mortality, but Ayatollah Ali Khamenei refused. In fact, the Ayatollah even referred to a conspiracy theory that the coronavirus is actually an American-made biological weapon. Millions of Iranians probably rolled their eyes at those comments, but the fact remains that easing the sanctions and allowing humanitarian trade to happen the way it is intended to are urgently needed. When President Hassan Rouhani hinted that quarantine measures could be reduced after a week despite a major spike in infections and deaths, WHO officials were quick to signal their disapproval of his comments.

Some Middle East nations are certainly better prepared to face the disruptions of this pandemic. Countries such as Qatar and the United Arab Emirates will certainly suffer revenue losses because they enjoy significant revenue from air travel operations around the world, but their economies have thankfully diversified in the 21st century. Saudi Arabia is already taking steps towards becoming one of the world’s top energy producers, but this will put pressure on neighboring jurisdictions that are heavily reliant on oil production revenues.

As for Yemen and Syria, their respective humanitarian crises caused by years of armed conflict will likely become exacerbated to the point of requiring interventions by the United Nations. Peace agreements may need to be rushed in these two countries, and United Nations peacekeeping forces may have to be deployed. As for Israel and Lebanon, political leaders will have to focus very strongly on meeting the needs of their constituents in order to avoid civil unrest at a time when governance is being questioned.

As the most critical global challenge of the 21st century, the COVID-19 pandemic could bring even more turmoil to the Middle East, but this will largely depend on what governments do to protect their citizens; this will be crucial to avert another Arab Spring situation that could be even more contagious than coronavirus.

Join the discussion on this topic with Voice Originals by visiting our Contact Page. 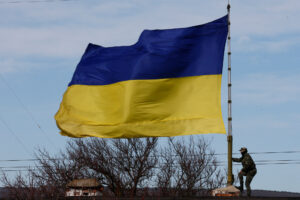 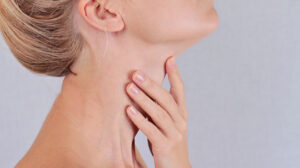