The introduction of VAR into the Premier League has been unpopular to say the least. Fans, players, managers and pundits have bemoaned the implementation of the technology, ruining the instantaneous aspect of the game.

Goals have been disallowed for marginal calls for offside, while penalties have been awarded by the review systems for the slightest contact. It has changed the landscape of the division quite significantly at the top and the bottom of the Premier League. Leicester City would be slightly worse off, while Brighton may have been in the relegation zone without the benefit of the technology.

It’s amusing to see fans call for the good old days of when officials’ mistakes were allowed to go uncorrected. We’ve gone from whinging about the referee and his two assistants – to complaining about an official miles away in a hub analysing the game from all different angles to ensure that the correct decision by the letter of the law is made.

Some say football should not be governed in such a manner – but the technology did come into fruition because of the demand for better accuracy with key decisions on the pitch. Fans, players and managers of Premier League teams may have remorse over their previous claims.

It will certainly not appeal to other fans in the United Kingdom to see the pitfalls of VAR. The Championship could be the next league to make the move to the system, although it could take longer to introduce given the teething problems the top flight has endured.

For teams that have been starved of success for so long such as Leeds United, who are the leading contenders in the Championship betting odds to earn promotion to the Premier League. The Whites would not want to see promotion charge hinge on the decision of VAR. It would not be a popular move even if the officials in the lower leagues do not quite boast the quality of their top-flight counterparts.

There have been numerous complaints about the standard of officiating in the Football League. Every week there seems to be a contentious incident where a referee or his assistant has made a huge blunder. However, at least in that situation – it is a judgement call made on the pitch in real time. Anyone can make a mistake and if the history of football has proven, referees are only human and will make errors that will usually balance out over the course of a season.

Moving to technology as the Premier League have done would create problems. In most Premier League grounds there are screens to tell fans that a VAR check is occurring. However, for teams not as financially secure as their counterparts in the top flight those screens are not an option. It would create a further communication problem with supporters in the ground that have already been prevalent even with boards around the stadium notifying of the check and result of the decision.

It seems that at this precise moment it would not be a good idea for the Championship and the leagues below to adopt the technology until the teething issues are resolved and they are able to utilise it to its best ability. 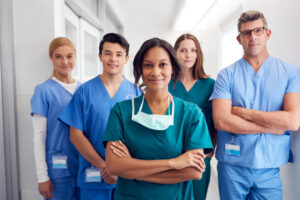