Manchester United have arguably massively outperformed the expectations most of the footballing world had reserved for them at the start of the 2020/21 Premier League campaign. Following a transfer window that saw a plethora of players coming in that manager Ole Gunnar Solskjaer didn’t particularly want (see Edinson Cavani, Donny van de Beek and Alex Telles), and a whole host of other players that he did want, but the club were unable to bring in. To therefore have Champions League football all but guaranteed with six games remaining in the season is a serious achievement whichever way you look at it. Manchester United have never managed successive top four finishes since the retirement of Sir Alex Ferguson in 2013, so Solskjaer is well worth the new contract extension he is sure to be announced as having signed.

However, with the fallout of the failed European Super League project, things are looking ominous for United ahead of the 2021/22 campaign. Here are some reasons why, as things stand, 2021/22 could be a tough year for United fans.

Eric Bailly, a hardly called upon injury-prone third choice centre back, has just signed a contract extension which is the latest example of the club keeping a hold of players that most other top teams would be cutting from their team. It’s ruthless, but it’s the way the top clubs in the world that dominante the football spread markets (aka. the clubs that Manchester United should be aspiring to compete with) ensure they are always in peak condition.

A good example of this in action is with Manchester City’s recent announcement that all time leading goalscorer and club legend Sergio Aguero will be leaving at the end of the season. The 32 year old is still a fine footballer in his own right and only just entering the part of his career where injuries begin to pose a sizeable threat, and yet Pep Guardiola has already sidelined him from most of his starting lineups and preparing for life without a man once thought undroppable.

Given the fact that Manchester United have recently given new contracts to the likes of Phil Jones and Juan Mata, and still have the likes of Jesse Lingard, Andreas Pereira, Nemanja Matic and Sergio Romero on the books currently, it raises an important question over how ruthless United want to be, and why they always seem to be looking around for some extra cash when the transfer window opens up.

On top of that, not only are United so willing to offer big contracts to those in their ranks who would probably be best off leaving the club, but there seems to be a real issue with holding down the assets they do possess. Ander Herrera, arguably United’s most passionate and consistent midfielder, was allowed to run down his contract in 2018/19 and has since gone onto appear in consecutive Champions League semi-finals with Paris Saint-Germain, and Paul Pogba is on the cusp of following suit as he enters the final year of his deal.

Few clubs in the world of football have a sense of identity that is as important as Manchester United. The ‘United Way’ has been a part of the club’s DNA for decades upon decades now, and a failure to live up to this identity in the way in which their clubs took to the pitch was a huge contributing factor behind both Louis van Gaal and Jose Mourinho losing their jobs.

Not only is Ole Gunnar Solskjaer a legend at Manchester United because of his goal scoring prowess, but has surrounded himself with the likes of Michael Carrick and Mike Phelan, two coaches who should also know the importance of giving the fans the fast-flowing attacking football they have become so used to over the years.

And whilst the initial part of Solskjaer’s reign and post-lockdown run to a 3rd place finish in 2019/20 certainly housed a plethora of performances that were as good as anything Sir Alex could have put out, 2020/21 has been filled with grindy, results-first approaches that seem more focused with protecting the defence and nicking games by the odd goal.

Once fans return to grounds, it’s clear that this approach will not be tolerated for too long. 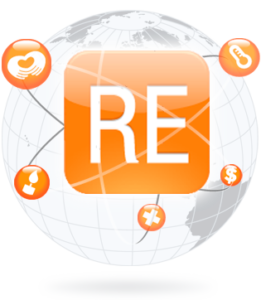 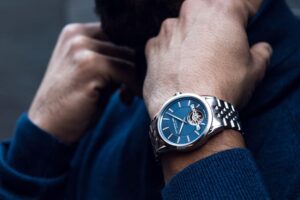